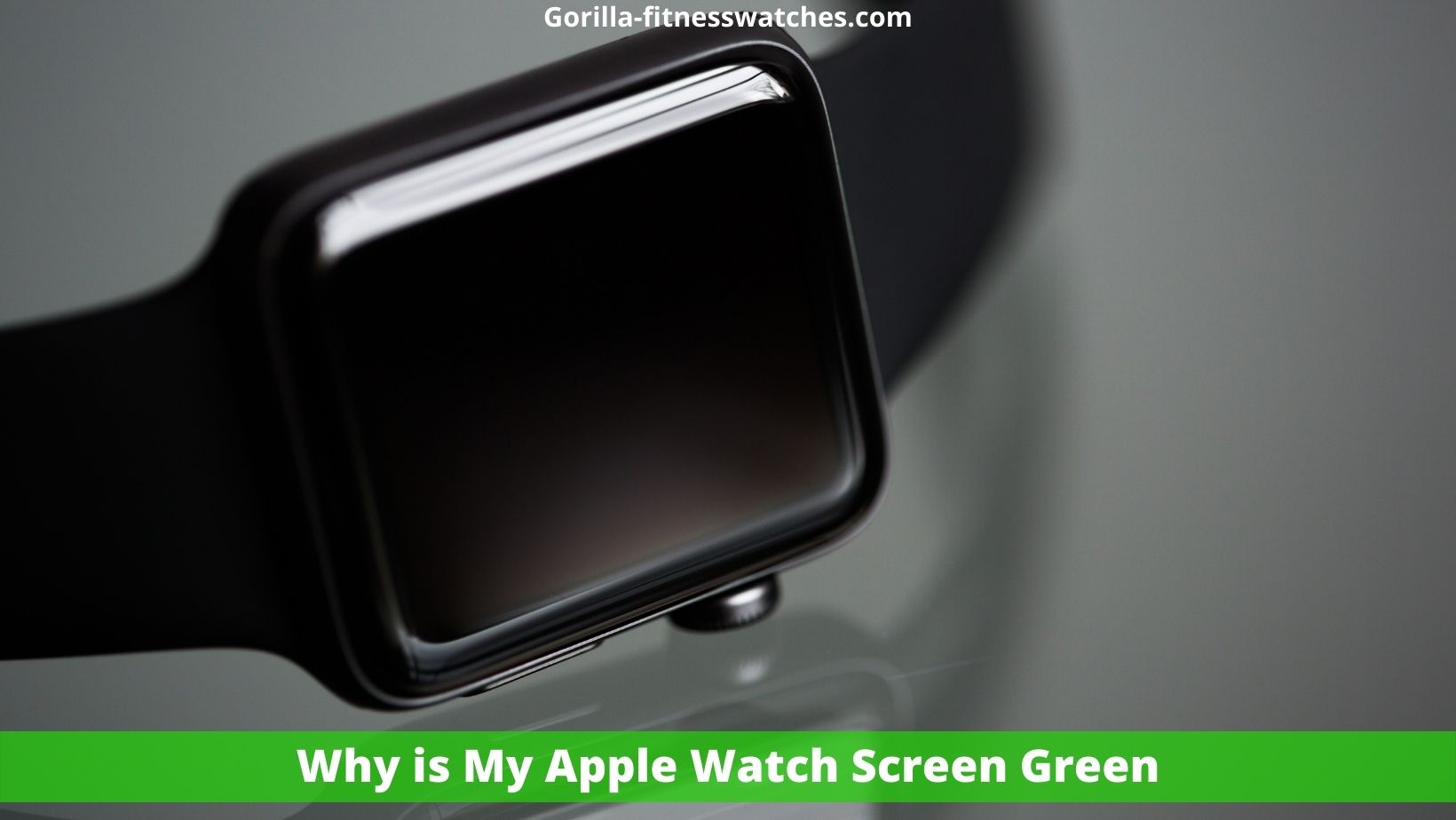 The majority of issues that arise on a daily basis, particularly those involving the Apple Watch screen going green, have a simple solution. We will attempt to resolve the most common issues of a green screen that arise when using an Apple Watch.

The Apple Watch Green Screen could be caused by the Ambient Light sensor, which is also present in other models such as Series 4 and 6.

Why Is My Apple Watch Screen Green? This is a common Apple Watch issue that appears to be caused by a Series 5 design flaw. The problem could, however, be caused by the Ambient Light sensor, affecting other models.

How To Repair An Apple Watch That Is Flickering Green?

Force restarting your watch OS device is the first troubleshooting step you should take. Those who attempted this fix, however, were unsuccessful, and the green flickering continued.

Disable the Always On Display Option

When the Always-On feature is enabled, the LPTO OLED display switches to 1hz, causing the Apple Watch screen to flicker in some cases. You can get rid of the problem by turning off AOD:

This fix has the drawback of preventing your Apple Watch from always showing the time. To light up the display and check the time, you’ll have to raise your wrist, as with previous Apple Watch generations.

The Apple Watch Has a Black Screen, But The Time Is Displayed In Green

The Apple Watch is in battery saving mode if it displays a black screen with a green time and does not respond to any of the side buttons for access to the application menu or contacts.

When your Apple Watch’s battery level reaches 10%, you can manually activate battery saving mode. At that point, the device displays a message instructing us to charge it or turn on the battery saver mode. And the device will only show us the time, and we will lose touch with it, turning it into an expensive wrist watch.

The Apple Watch is in battery saving mode if our device displays a black screen with the time and an icon with a red ray inside, as it did in the previous case. All communication with the iPhone is disabled in this mode, so we can only check the time.

The watch consumes the least amount of battery power in this mode, but we must load it at some point, and that is when the red icon with lightning appears. You must restart the device by pressing the side button and the wheel button together for 10 seconds until the Apple logo appears to exit the battery saving mode.

Because your Apple Watch Series 5 is most likely flashing green due to a known design flaw, Apple should replace it. However, there is a strong possibility that the replacement unit will have the same problem!

When you put your Apple Watch in direct sunlight, does it also blink green? Which model do you have? Does turning off the Always-On display help? Have you tried to locate a replacement part? Any additional information on this subject would be greatly appreciated.